Xiaomi is among the most successful companies in the field of wearable gadgets, and it is not surprising what we are going to announce now. Xiaomi has announced that Xiaomi Mi Band 4 has become the best-selling fitness bracelet in the world.

Now, it is only for the most distracted that this news can surprise, because since the launch of the “original” Xiaomi Mi Band that Xiaomi has been collecting this title year after year.

To make a comparison, the original Mi Band sold one million units after nine months of being on sale, Mi Band 2 in 2016 surpassed the millionth mark in just two months, Mi Band 3 reached that mark in 17 days and Mi Band 4 took just 8 days to reach the same landmark. These figures clearly confirm the success of the Xiaomi fitness bracelet.

The announcement that Xiaomi Mi Band 4 is the best-selling bracelet in the world was made on social networks, and in its announcement, Xiaomi refers to data from analytics firm Canalys for the period between the third quarter of 2019 and the first quarter of 2020.

(11565)
$0.13
ALL DAY MATTE LIPSTICK: This highly pigmented matte liquid lipstick goes on smooth, lasts up to 16 hours, and is available in a range of super saturat... read more
(as of August 5, 2020 - More infoProduct prices and availability are accurate as of the date/time indicated and are subject to change. Any price and availability information displayed on [relevant Amazon Site(s), as applicable] at the time of purchase will apply to the purchase of this product.)

The Xiaomi Mi Band 5 has a difficult challenge

The new model, Xiaomi Mi Band 5, has only yet been officially unveiled and sold in China, and for the international market, Xiaomi will present the Mi Band 5 only next week, on July 15, although it is already available for pre-order at the official store and at various retailers.

Learn the great news of the new Mi Band 5

Chinese giant Xiaomi introduced the new Mi Smart Band 5, which offers several improvements and adds features, such as a larger screen, new wireless charging system and new health modes for women after a year of the launch of the Mi Smart Band 4. But there is a very important factor: Xiaomi maintains a bombastic price on the Mi Band 5.

The Mi Smart Band 5 has a 1.1-inch AMOLED screen, which means that it is 20% larger than its predecessor. With the new smartband, the manufacturer also introduces new animated watch faces, including characters from TV series like Spongebob Squarepants, Neon Genesis Evangelion and Detective Conan, among the option of eight colorful bracelets. 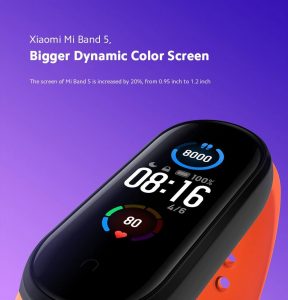 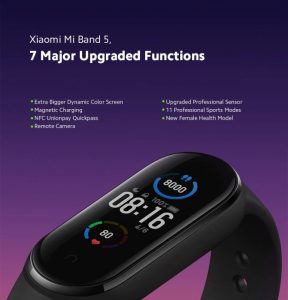 Xiaomi says that the new smart bracelet is powered by an improved processor – although it does not specify which one – to allow the tracking of menstrual cycles for the first time and supports additional features, such as stress assessment, that will inform the user when it will be. best time to relax.

One of the main improvements in the new Xiaomi Mi Band 5 is its new charging system. This is a big change from the predecessors that were criticized by many users because it was necessary to remove the band itself from the bracelet to be able to carry the equipment. Now, the company says its new magnetic charging cradle automatically fits on the bottom of the smartband. Full charging provides up to 14 days of continuous use, which matches predecessors. 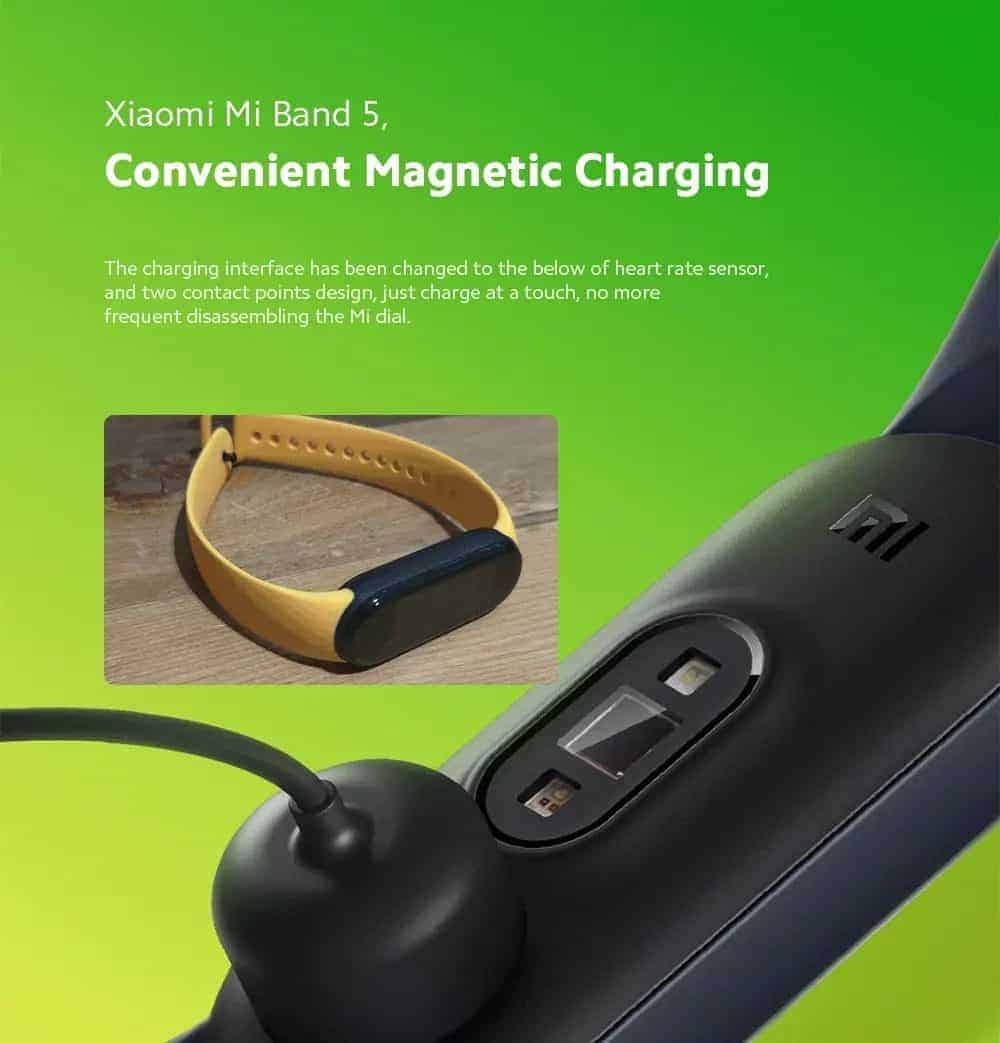 Like the Mi Smart Band 4, the Band 5 supports the company’s home digital voice assistant, XiaoAI, which a user can trigger by sliding to the right of the screen, however it makes no reference to other assistants. The latest rumors have pointed out that Mi Band 5 has support for Alexa, Amazon’s personal assistant, so we hope that when presenting the global version, there will be this surprise.

(19805)
$10.89
Works For iPhone 11 Pro Max/iPhone Xs Max (6.5inch 2019/2018 release). 0.33mm tempered glass screen protector. Featuring maximum protection from scrat... read more
(as of August 5, 2020 - More infoProduct prices and availability are accurate as of the date/time indicated and are subject to change. Any price and availability information displayed on [relevant Amazon Site(s), as applicable] at the time of purchase will apply to the purchase of this product.)

There is an additional variant of Smart Band 5 that supports NFC. This model has support for mobile payment services and can be used to unlock smart doors and also serve as a transport card in selected meters, for now in China. Another feature that has been limited to the Chinese market and we hope that when the global version is announced, this news will reach everyone.

Is it possible to save an...