Mike Ashley Sports Direct has made a £ 3.8 million cash offer to Goals Soccer Centers, the five-player soccer field operator in which he already holds a 19% stake.

The retail group continued its tendency to buy struggling businesses, saying on Monday that it had adopted a 5p per share approach for Goals on Sept. 5, valuing the deal at around £ 3.76 million.

The goals went on sale in August, weeks after accounting for nearly a decade.

The company's shares were suspended in March when investigations into an alleged £ 12 million fraud began.

The group has already admitted that it will not have accounts closed until the end of September, which means it will be withdrawn from the stock market.

Goals also confirmed that its former CEO Keith Rogers and Bill Gow are under investigation about historical financial irregularities.

BDO forensic accountants are reported to claim that Gow e-mailed Rogers asking him to "work his usual magic" to create fake invoices.

Goal said the Sports Direct approach was "preliminary and highly undermined," emphasizing that while holding talks with Sports Direct, "there was no certainty that any firm offer would be made."

Details of the offer came a week before the field operator's shares were pulled from the London Stock Exchange.

But Sports Direct warned on Monday that a delisting would deprive shareholders of the ability to vote on the sale.

The company stated: "Due to Goal's well-publicized difficulties, Goal's board is not committed to maintaining Goal's trading facilities. 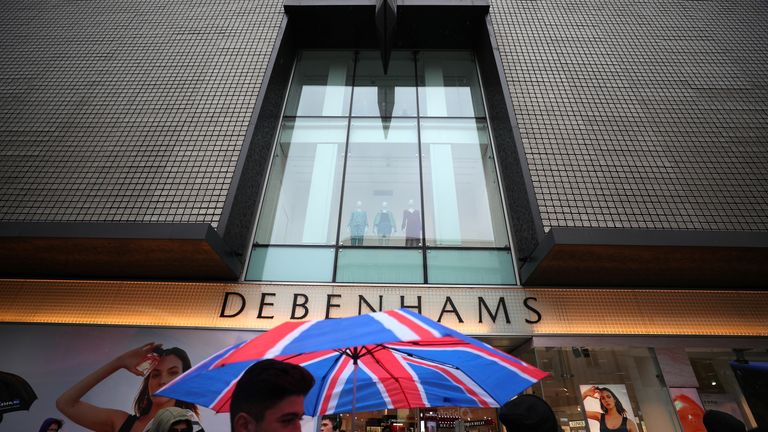 "Instead, it seems interested only in continuing the accelerated merger and acquisition (AMA) process, while at the same time, with the loss of the trading platform, deprives Goal shareholders of the ability to vote for it.

Sports Direct urged the troubled company to enter into negotiations and provide the required information for due diligence, which it argued that Goal had failed to do so far.

In accordance with City's procurement rules, Sports Direct must bid firmly by 5 pm on October 21st or give up.

Details of the retail giant's offer came a week after founder Ashley failed in his challenge to Debenhams bailout plans.

Under the deal – backed by more than 90% of lenders in May – up to 50 of its 166 chain stores will close, with rent cuts agreed by many more.