Review of Ghost of Tsushima – a striking open world title

Ghost of Tsushima is Sucker Punch Productions’ latest bet to end the current generation of consoles. The title is a third-person action adventure model published by Sony Interactive Entertainment that develops the samurai theme on the island of Tsushima, the Japanese territory targeted by the Mongol invasion.

Behind this new game is the same team that developed Infamous First Light, where the focus on the player’s decisions was a reality. The team maintains the same position, reaffirming that an open world with no mandatory points allows players total freedom to play their game in their own way – which is still true, even if other studios follow different paths.

The game, as stated by Nate Fox, director responsible for the development of Ghost of Tsushima, had to obey a whole story that goes back to the Japanese feudal period, where it was possible to locate players on the samurai theme. Proof of this same commitment was the fact that the team was on the island of Tsushima to capture all the possible realism of the scenarios, as well as, all the cultural knowledge that could come from it to create a fantastic narrative.

(16330)
$11.83
Contains 3 refill packs of 176 unscented baby wipes (528 wipes total)Pure & Gentle Wipes ‚Care Sensitive Wipes contain 99% purified water and 1% skin ... read more
(as of August 11, 2020 - More infoProduct prices and availability are accurate as of the date/time indicated and are subject to change. Any price and availability information displayed on [relevant Amazon Site(s), as applicable] at the time of purchase will apply to the purchase of this product.)

Ghost of Tsushima is based on a very engaging historical-narrative component, where we are confronted with a reality from the end of the 13th century, in which the Mongol empire moved forward without any remorse over several nations, including Japan. This time, the plot focuses on three great oriental figures who will play a role in this great story: Jin Sakai, Khotun Khan and Lord Shimura.

Jin Sakai, our character, is Lord Shimura’s nephew, both great samurai – each with his knowledge and years of experience – where everything he knows and has learned, owes a lot to his uncle. The course the game takes will change Jin’s way of thinking and acting, using survival, new skills and tactics so that, being the last survivor of his clan, he can defeat Khotun Khan, the relentless Mongol leader.

Khotun Khan, an austere figure, is a general and leader of the Mongolian army that invades Tsushima Island. Its brutality leads the Japanese people to fear for its survival, since this island would be the last hope of defense of the Japanese territory.

Shimura, Jin Sakai’s uncle, is the lord of Tsushima, a jito (as technically referred to) and was responsible for training his nephew about samurai rules and mentality, however, the development of the narrative demonstrates his growing concern with the course taken by Jin in his development as a ghost (in light of his modus operandi as a stealth assassin).

(12164)
$5.46 (as of August 11, 2020 - More infoProduct prices and availability are accurate as of the date/time indicated and are subject to change. Any price and availability information displayed on [relevant Amazon Site(s), as applicable] at the time of purchase will apply to the purchase of this product.)

There are several interesting aspects of this game, among them, undoubtedly, the narrative organization that demonstrates the structuring of the missions freely through short stories – which are the focus and objective of all historical construction -, abdicating the traditional linear missions. This model is not new, there are several games that do not require this linearity in the story, however, in the form of a short story, we are facing a debut.

The development and search for the inclusion of several details, on the part of Sucker Punch, allow the player to always find what to do on the vast map of the island of Tsushima. Alternating between tales and other encounters, you can always continue to help the samurai and Japanese people to win every small battle against the Mongols. Even if it is, taking down camp by camp, enemy by enemy. Samurai themes are an interesting approach in the video game industry. 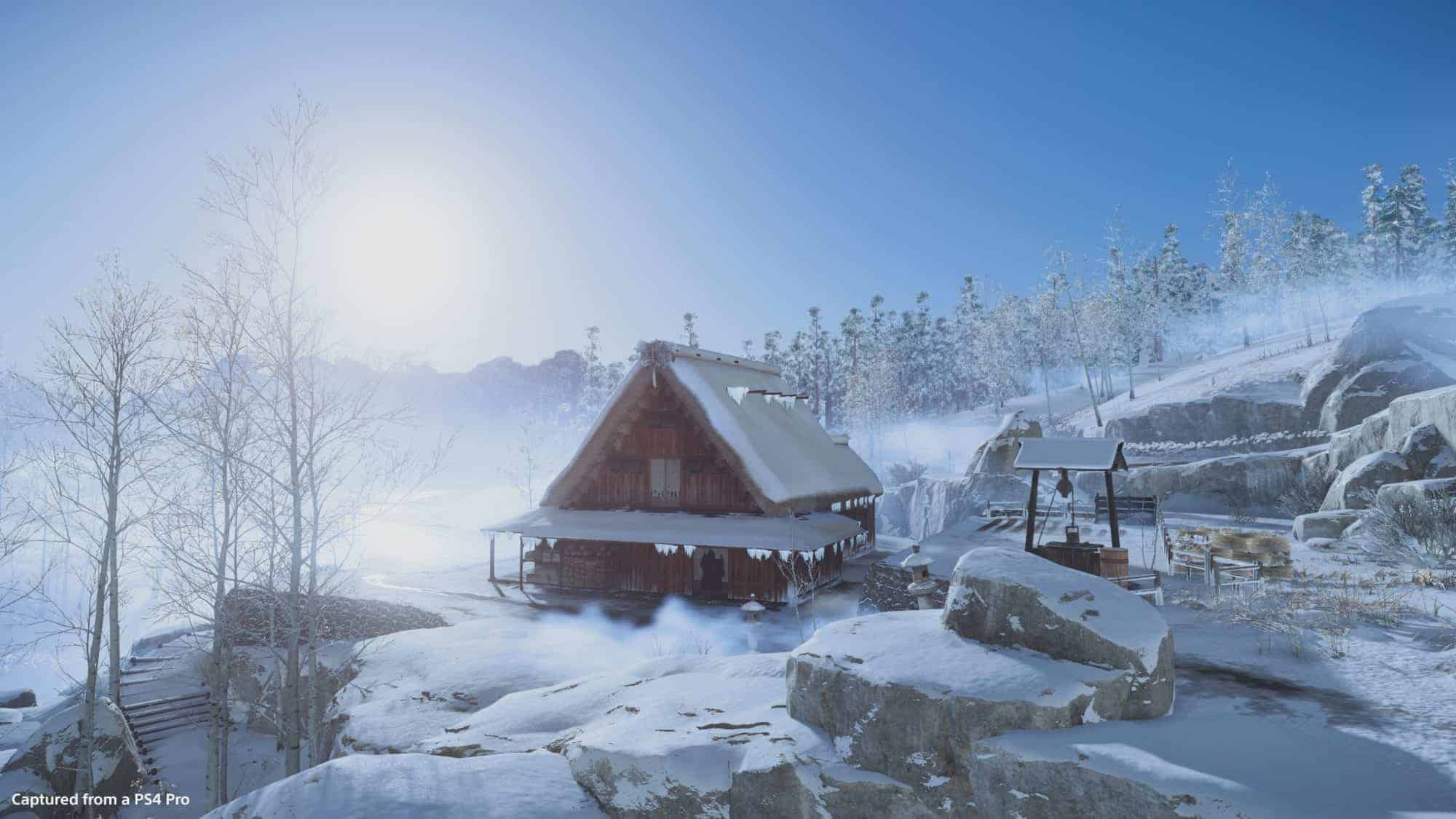 The title presents us with a story that, even involving immense characters, all different, but at the same time so equal, portrays the Mongol invasion during the samurai era with some precision. The great study behind all this development is visible, where in my opinion the samurai culture and its historical importance are very well portrayed. The team made and continues to make a point of demonstrating time and time again the conceptual origins that gave rise to this fictitious creation.

(17832)
$6.99
[3 Pack] ULTRA SLIM - Trianium's Tempered Glass Screen Protectors are 0.25mm thin, making them hardly noticeable for your viewing pleasure. Specifical... read more
(as of August 11, 2020 - More infoProduct prices and availability are accurate as of the date/time indicated and are subject to change. Any price and availability information displayed on [relevant Amazon Site(s), as applicable] at the time of purchase will apply to the purchase of this product.)

Environment – the forty biomes give another air

Another big bet in the development of Ghost of Tsushima was the setting of the island’s scenery. As revealed, the open world title has forty different biomes that have very specific characteristics and that allow the player to find themselves geographically after a few hours of play.

The effort and investigation was great, allowing for very interesting levels of realism, both in weapons, armor and even in the characters that we find on the map. It would be interesting to see an ecosystem of each character in the performance of tasks through the attribution of a life of its own as already happens in some open world games. It is common to see that some characters always do the same, each time we pass a place, which can be seen as a less good point, in this aspect.

The world of Ghost of Tsushima is quite vast. So quickly we are in a swampy place, as we are suddenly crossing long forests with small rivers, or even, in mountainous places – where conditions are totally different from place to place – something well accomplished.

The climate changes and adapts in each location, which is still fantastic and an element that is not often taken into account. We are used to seeing different climatic cycles in open world games, but almost never, climatic cycles that adapt in each region, normally, a system of climatic cycles is applied to the entire map in a uniform way, varying only the location and the biomes in it.

The various elements of the feudal era are very visible, especially when we talk about buildings – such as the Minka (traditional Japanese houses) that we are used to seeing in films or photographs; the interiors equally interesting and with different characteristics from region to region; in addition, several decorative elements also have characteristics and similarities with Japanese culture in order not to shock the player.

It is in this diversity that players can take advantage of the countless geographical, orographic or even biological differences to apply different approaches to their enemies, be they quieter or starting to kill. These are details worthy of, for example, an Assassin’s Creed that has been an example in terms of stealth techniques.

(12300)
$5.82
NATURAL ZZZs: Let Zarbee's Naturals remedy your child's occasional sleeplessness with a chewable gummy in a yummy natural berry flavor. Our formula co... read more
(as of August 11, 2020 - More infoProduct prices and availability are accurate as of the date/time indicated and are subject to change. Any price and availability information displayed on [relevant Amazon Site(s), as applicable] at the time of purchase will apply to the purchase of this product.)

We would also like to highlight the “Kurosawa” mode, which consists of the presentation of black-and-white images of the entire game, so that you feel the immersiveness and location in the game time, expressing a feeling of antiquity – a commitment to the player’s inclusion in the feeling of the story.

Graphic quality – what was intended for the end of the generation

The success of the title goes far beyond the setting and the narrative. Ghost of Tsushima aspires to a great graphic power in the current generation of PlayStation 4 – where gameplay and menus are visible with extreme fidelity, without fail. After all, we are talking about an end-of-generation game with a lot of learning and development behind it, especially during the last 4 or 5 years.

Particularly, the in-game transitions are interesting, and you can see some commitment on the part of the team that the player is always on the move without major obstacles, however, when we talk about transitions between periods of gameplay and cut-scenes, we can no longer say the same. The game has a tendency to decide how we approach the scenes, sometimes causing some problems at the beginning of the scene (where we are supposed to be). Honestly, I thought that the experience of Sucker Punch was greater in this aspect, because it removes part of what is achieved during the entire gameplay experience – the realism and organic form of movement and operation of the graphics engine itself, at these times.

(4470)
$4.94
Helps treat and prevent diaper rash as a skin protectant (40% zinc oxide)Protects irritated skin due to diaper rash and helps seal out wetnessDiscomfo... read more
(as of August 11, 2020 - More infoProduct prices and availability are accurate as of the date/time indicated and are subject to change. Any price and availability information displayed on [relevant Amazon Site(s), as applicable] at the time of purchase will apply to the purchase of this product.)

Elements such as clothes, houses, weapons, among many objects and characters are rendered in real time with great fidelity without seeing the usual appearance of textured places in an inferior quality, while loading the final texture – which is very positive – , at least, whether it exists is not very evident, namely in wide open world spaces.

The details present in the different scenarios further elevate the graphics of this title, where even the reflections have been substantially improved – visible especially in the characters’ swords -, we speak of a generation that does not have ray-tracing technology to create and realistically demonstrate effects of reflex, which attributes even more merit to the team in view of the great difficulty inherent in this application in game.

Ghost of Tsushima demonstrates the result of a great work of refinement of hand-to-hand combat animations. These mechanics are most likely the best that can be found in games of this scope. Through a relatively simple graphic engine, both on foot and on horseback, the team managed to extract the best in combat animations using swords or bows and arrows. 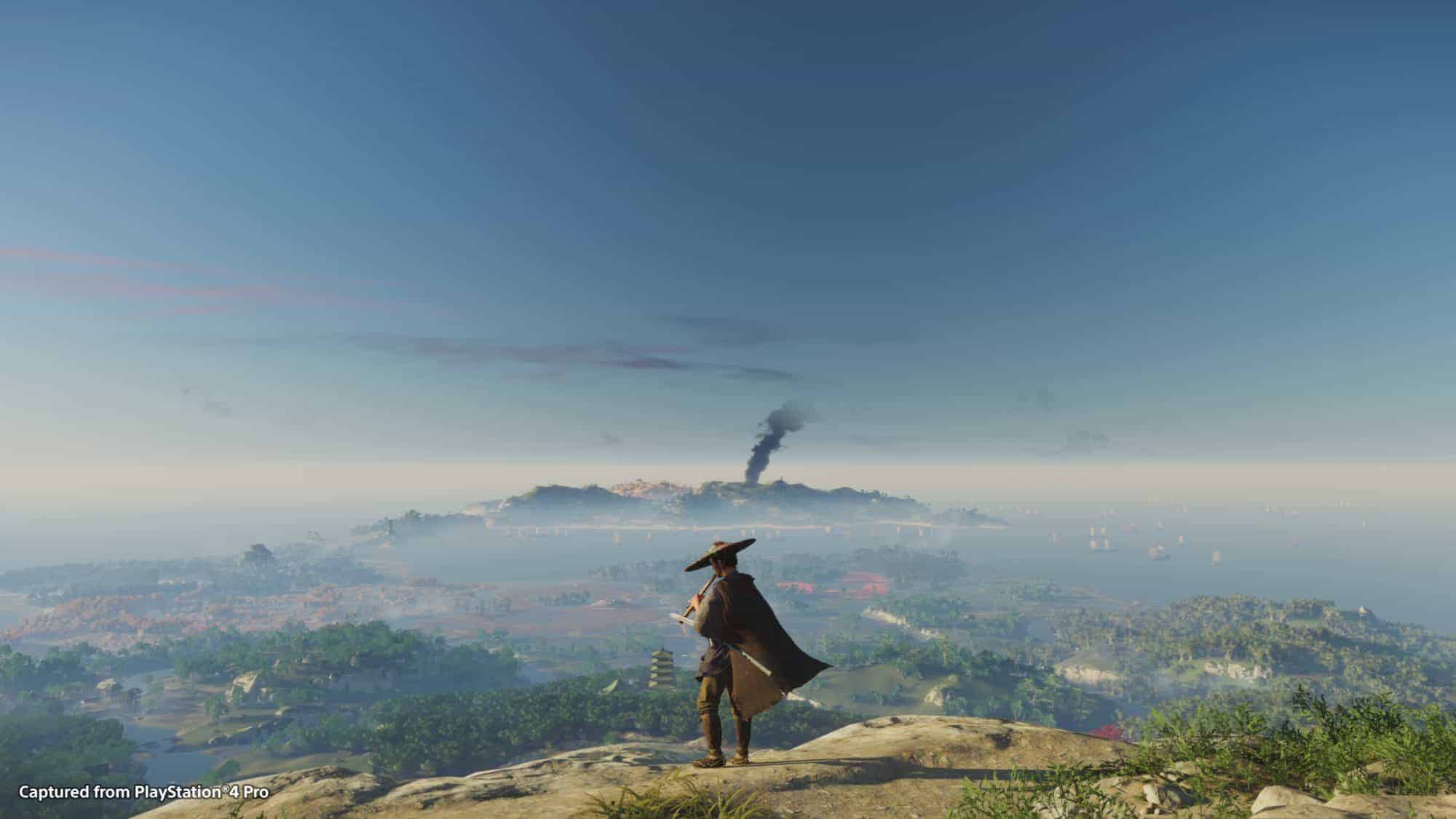 We know that this is a title with strong expectations, so we guarantee that it will comply in most cases with the expected, however, we expected greater smoothness in the movements of the characters on foot (a simple touch makes the character turn unnaturally that we have become accustomed to seeing in other open world titles), this is not so noticeable in running in the face of body movements, or even on horseback, since the animation was very well elaborated, so …